i do PR and business development through strategic partnerships, sponsorship, production and publicity

what can i do for you?

Because good strategy begins with the words you use. I love to write jargon-free copy that makes sense of culture and social impact

Adding value through strategic partnerships through introductions and big ideas

Using trends, insights and my own contacts book to generate new business leads

That bit about me

I do PR and business development through partnerships, production & publicity. I approach communications and lead generation with a fresh perspective, creating stories centred on culture, social change and campaigns that matter. I'm a creative entrepreneur at heart, which means I'm always ready roll-up my sleeves to make and share opportunities and big ideas for brands, places, and people.

My portfolio of current clients include: Durham University (I'm entrepreneur in residence for the Faculty of Arts and Humanities), Reuben Feels (an immersive storytelling agency), arts & science organisation Invisible Dust, the newly established October! Collective, and the Giudecca Art District in Venice (a new quarter for emerging artists).

Before working for myself, I enjoyed more than ten-years working for three of London's largest independent communications agencies and spent two-years at UnLtd, the UK's biggest funding body for social entrepreneurs. I've worked with brands including Hyundai, Lucozade and Pizza Express; past culture clients included Channel 4, Secret Cinema, Punchdrunk and the Royal Shakespeare Company; and funders such as Comic Relief and Big Lottery. I've also done three international projects - in Tokyo, Delhi and Moscow - through the British Council's Creative Entrepreneur programme, produced stand-up comedy club nights, and won a global prize for innovation in play. 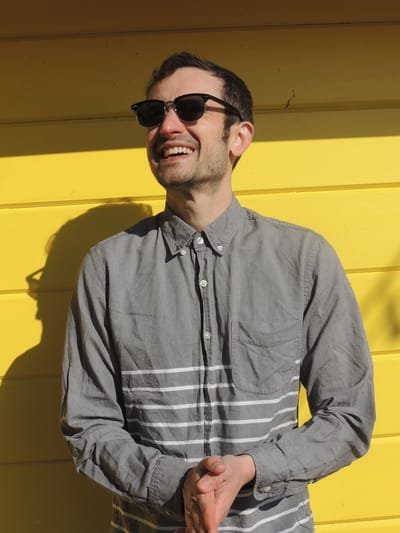 The start of a new chapter... Working with an eclectic portfolio of agencies and artists, on experiences and events. A consultant for culture

Joined Unity, a new kind of creative agency based in Clerkenwell

A focus on film

I spent three years working in specialist film roles - across PR, marketing and partnerships. This included contracts at Premier, FIVE33 (which was then bought-out by Legendary Pictures) and in-house at London's leading documentary festival Open City Docs

I moved to Shoreditch to join Idea Generation. It was the UK's biggest arts & culture communications consultancy Clients included Comedy Central, The Royal Shakespeare Company and Channel 4. I spent four summers working with artists at the Edinburgh Fringe and three summers at the Cannes film festival. Worked with brands such as Beck's, Stella Artois, Vauxhall and Absolut Vodka

Moved to Nottingham for my first agency role

Joined STENCIL - a brand communications agency based in Nottingham and working on clients across culture, events and sport

My first journalism job, at my local daily newspaper

Paid my way through university by doing various side hustles and part-time jobs: from film promotion work, to events stewarding at music festivals, and industrial cleaning.

STANDING ON THE SHOULDERS OF GIANTS - AWARDS

Working as part of a team to deliver award-winning campaigns

with the British Council: Elevate 2016, I won international award for play at Unity: together we won 62 major awards in my final year at the agency (PR Week, SABRE awards, CIPR etc) at Idea Generation: Royal Television Society digital innovation award for Such Tweet Sorrow and Campaign magazine award for The Night Chauffeur 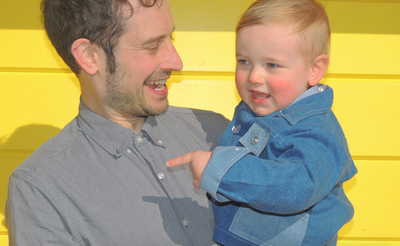 My training and professional development is pretty up to date. In my last role I did external training courses in line management, leadership and creative coaching. And outside of work I've done courses in digital storytelling and transmedia production with iDrops in Belgium.

I used to do a lot of work in comedy. I've produced comedy short-films (one won an award, we secured sponsorship with brands, and we made it to Cannes. Long story), run my own stand-up comedy clubs, and I completed a comedy production training with Creative Skillset at the BFI.

Through the British Council's Creative Entrepreneur programme I've developed a global creative network. I've led three projects - in Moscow (2011), New Delhi (2012) and in Japan (2015) - that were all about harnessing innovation and creativity for social good.

Finally, I'm proud of being a working Dad. I work flexibly and share childcare with my wife to ensure I spend at least two-days a week with my son Wallace.

In 2019 we moved to Scarborough, and love living here. Happy to work wherever, but I'm hoping to do more things locally over the next few years. Currently looking for freelance campaign, culture sponsorship and PR work in the North of England (ideally working around the Yorkshire Coast)

YOu can find me on social media